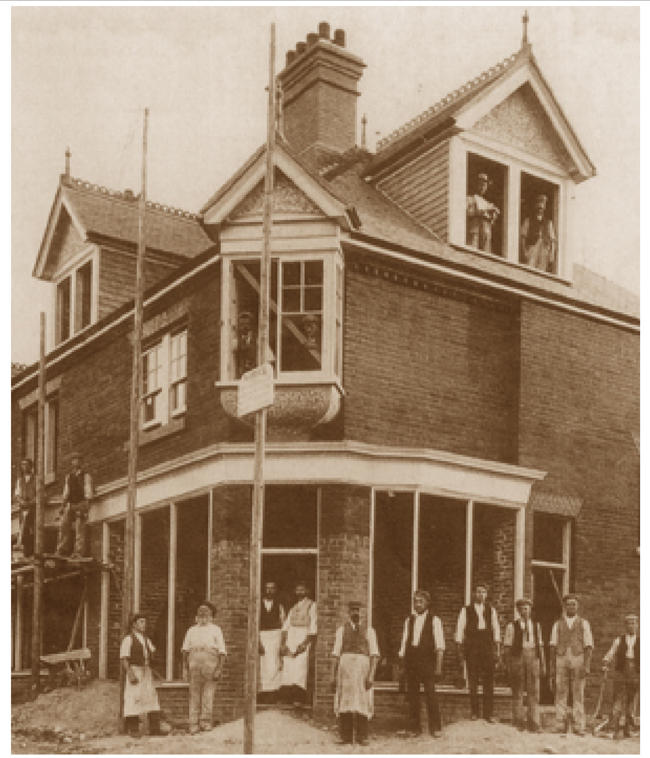 The cycle shop, and later motor dealership, from where the Rootes Group initally developed.

Commentary
William Rootes (senior) was born in the village of Goudhurst in Kent in 1869. In 1892, he married Jenny Catt and, two years later, their first son, also named William (but known as Billy), was born.  A younger brother, Reginald, followed in 1896.

At the time of Billy’s birth the family lived at Corner Cottage, Lidwells Lane, Goudhurst, and it was here on the High Street, in a small shop below the Temperance Hotel and Coffee Shop, that William Rootes opened his first bicycle sales and repair shop.

In 1897, with cycling at the height of its popularity, William Rootes extended his business with the purchase of additional premises on Station Road, Hawkhurst.

It was from here that he built the “Trusty” bicycle, and sold numerous other models.  However, William Rootes was also an early motoring enthusiast, and by 1899, had added motor engineering and car sales to his business.  Within three or four years, he was an agent for a number of major manufacturers, including Darracq, De Dion, and Napier, with motor sales and repairs now forming the major part of his business.

Both Billy and Reginald, William’s elder boys (he had seven sons in all), attended Cranbrook School (mid-way between Goudhurst and Hawkhurst).  Billy was a popular and bright boy at school, but unlike his brother failed to achieve any great academic distinction. 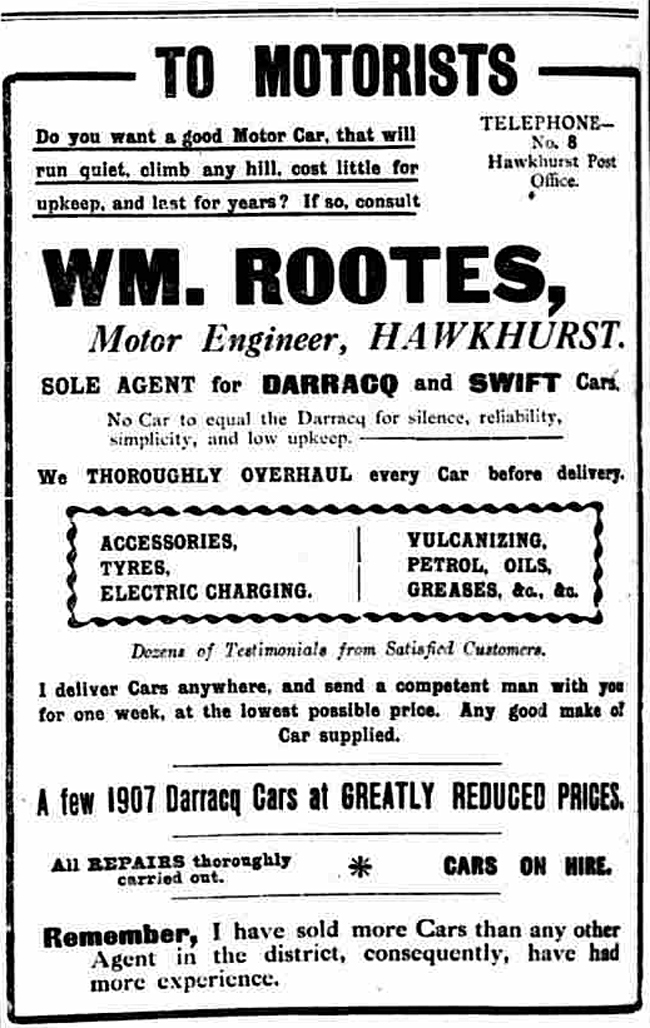 With links to many motor firms, William Rootes approached Singer & Co., who agreed to take on Billy as an apprentice – an arrangement that proved to be extremely successful.  Reggie, who became head boy at Cranbrook School, took the Civil Service examinations and joined the Admiralty.

Billy stayed at Singer’s for about three years; also racing motorcycles in his spare time with some success.  But over and above his mechanical and sporting skills, he seems to have had a penchant for business, and it was this that led him to leave his apprenticeship - much to his father’s displeasure - and seek the Singer sales’ agency for Kent.

Without any support from William Rootes senior, Billy managed to raise sufficient capital for the eventual purchase and sale of 50 Singer 10s, a new model that Billy thought would sell well.  He was proved to be correct.

In the meantime, around 1913, William Rootes had decided to extend his business interest to another garage in Maidstone, and it appears that it was at this point, with sales’ experience already under his belt, that Billy joined his father in the motor trade as business manager of the new enterprise at 110a, Week Street, Maidstone.

The building in Hawkhurst that housed William Rootes’ original cycle shop is still standing.  In 2016 it was serving as a glass and picture framing shop.  A small blue plaque on the front wall records its famous early occupants. 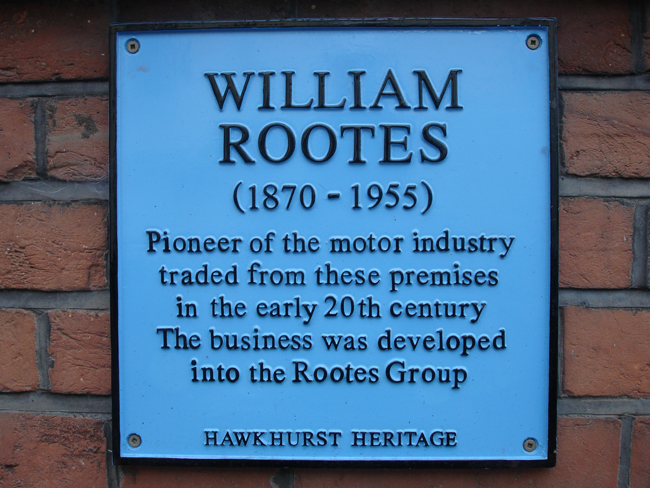 The start of the Rootes Group empire.