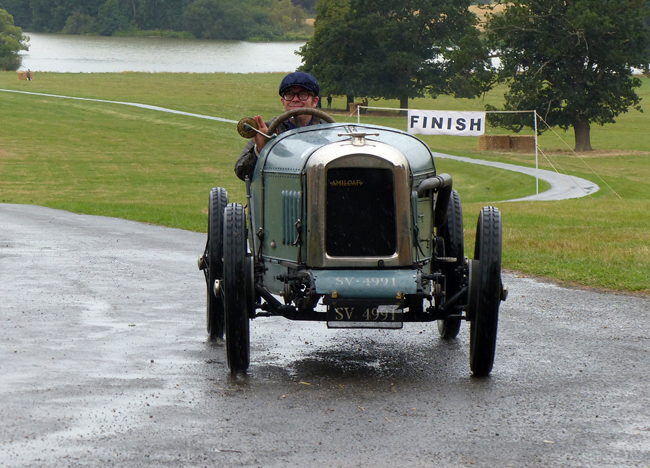 The setting for an early motor trial, first organised by the oldest motoring club in Britain.

Commentary
The first motor meeting at Grimsthorpe was held on the 8th August 1903.  The fastest time of the day (FTD) was achieved by a Richardson, driven by Capt. H E Newsom, who once played for Lincoln City and later became Sherriff and Mayor of Lincoln.

The trials were organised by the Lincolnshire Automobile Club, one of whose vice presidents was the then owner of the Castle, Lord Willoughby-de-Eresby, the Second Earl of Ancaster.

The next trials to be held in the Park were on Easter Monday in 1905.  They were a much smaller event, organised by the Peterborough and Counties AC, and due to the shortage of entries, included motorcycles as well as cars. 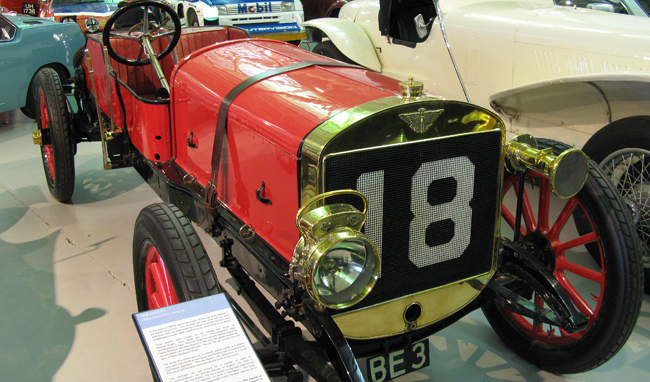 The 1911, speed trials took place on 27 May, with classes open to amateurs and trade.  R Wright’s 20 h.p Singer achieved the FTD, and the fastest amateur driver was Tom Mays, father of Raymond Mays, in his 20 h.p Vauxhall.

It is not clear whether motor speed trials continued at Grimsthorpe after this date, although motorcycle trials were held in the Park in 1921 and 1923.

In August 2018, speed trials were once again held in Grimsthorpe Park, a further event is planned in 2019.

The setting for an early motor trial, first organised by the oldest motoring club in Britain.