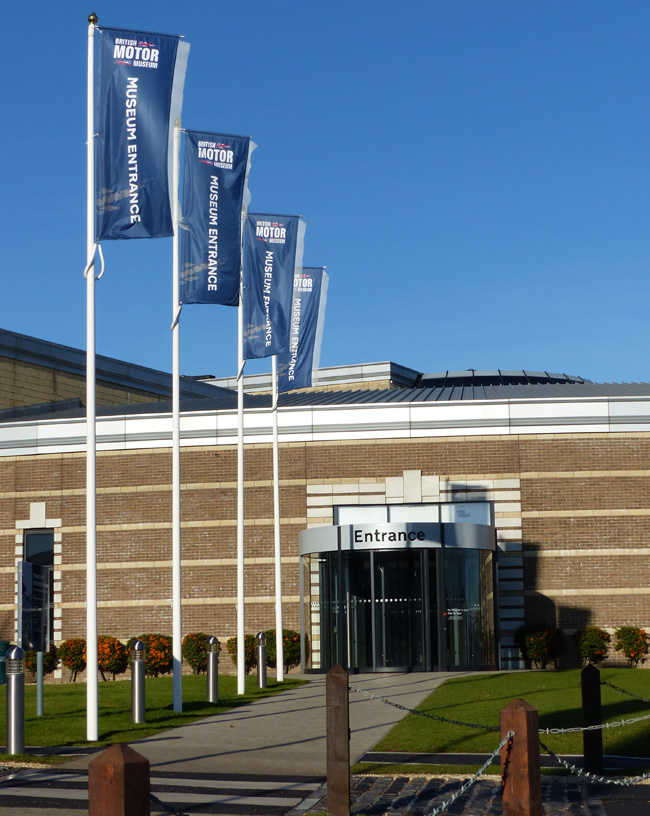 The home to one of the world's largest collection of British cars.

Commentary
The Museum's collection was originally based on vehicles built by the various companies that formed BMC and, later, British Leyland.

Today, however, it has expanded considerably and now includes cars from other manufacturers, special exhibitions, archive and educational services.

Further developments took place In 2016 with the creation of the Collections Centre.  This is more of a store than a museum and includes vehicles from the Jaguar Daimler Heritage Trust, together with items not currently on display in the main part of the Museum.  It is, however, open to Museum visitors and contains a wide array of very interesting cars, including one-off designs and unusual prototypes.

The home to one of the world's largest collection of British cars.