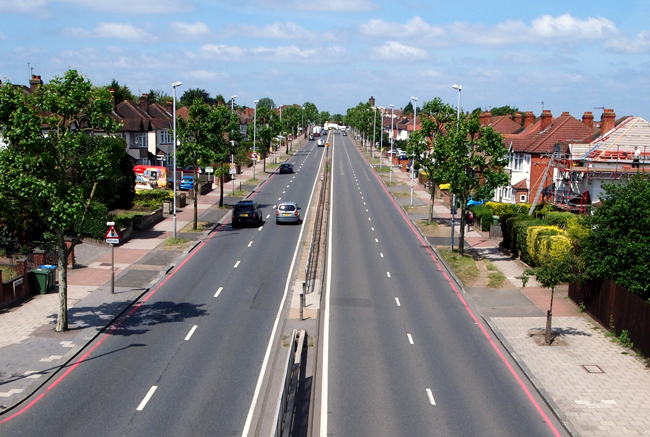 The first by-pass to be built in Britain.

Location
A stretch of the A20, from Eltham Road, on the Horn Park Estate, to Marechal Niel Parade, on Footscray Road, west of Sidcup.

Commentary
The new by-pass was opened on 17th May 1923, by Col. Wilfred Ashby, Parliamentary Secretary to the Dept. of Transport.  The work was carried out by the Woolwich Borough Council and took just over two years to complete engaging, on average, 122 men per day. 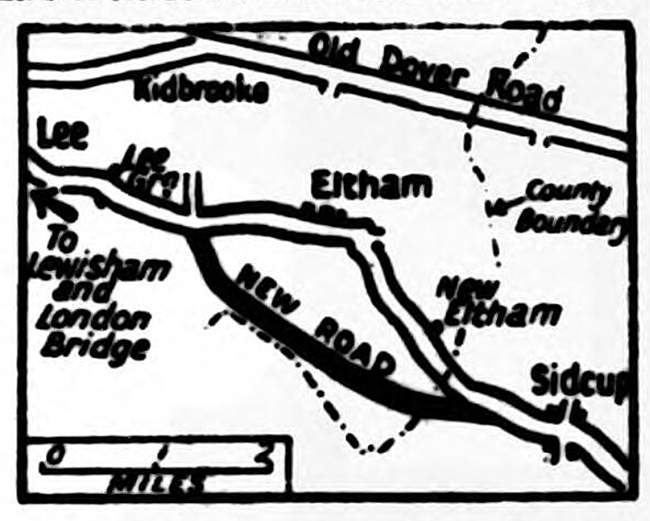 The new road was part of a wider scheme to improve links between London and the Kent coast, but its construction also served to provide work for the relief of unemployment. As Col. Ashby declared at the opening ceremony, "Better to give men work than dole."

A few days before the opening, an article appeard in the Times, written by the then Lord Montagu of Beaulieu, generally praising the new scheme.  There is an interesting section towards the end of the article in which Lord Montagu describes a visit to the site whilst developnment work was still underway.

"As to the men employed on this work, I am bound to say that, like most gangs of so-called unemployed, they did not seem to be putting their heart into their work.  But in defence of the men, it must be admitted that their day is a long one. They often have to leave their distant homes an hour-and-a-half before beginning their work at 7.00, and cannot get back to their homes in many cases before 6.30."

Lord Montagu went on to suggest that the London labourers were relatively well paid, receiving 1s.3d per hour, particularly in relation to those working on the adjoining section in Kent who, at 10d per hour, received a third less.

The A20, from Eltham Rd, on the Horn Park Estate, to Marechal Niel Parade, on Footscray Rd, west of Sidcup.

The first by-pass to be built in Britain.