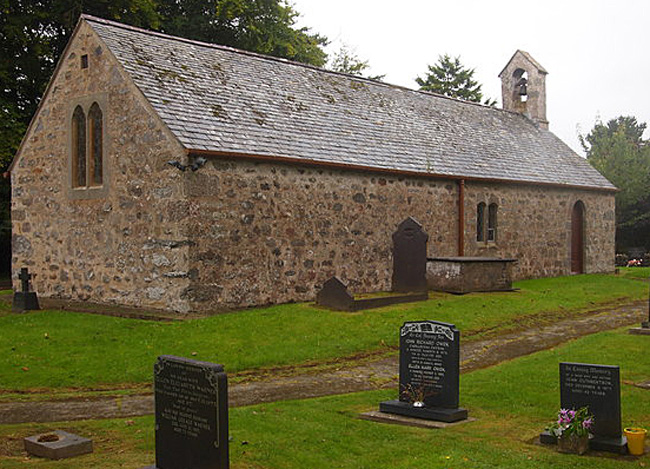 Maurice Wilks, the man largely responsible for the initial design and development of the Land Rover, is buried in St Mary’s churchyard.

Date
The Church is thought to date from the 15th century.

Commentary
Maurice Wilks joined the Rover Company as chief engineer in 1930.  He had previously worked for General Motors in the United States and for Hillman Motor Company in Coventry.  He was made technical director of Rover in 1946, managing director in 1960, and chairman in 1962.

Not long after his appointment as chief engineer, Maurice Wilks, with his brother Spencer, who was Rover’s managing director, took the decision that Rover would in future produce only high quality cars.  This was a brave move at a time when the economy and motor industry were at a very low ebb, but its legacy created and shaped Rover’s post-War identity.

Shortly after war was declared in 1939, Maurice Wilks was approached by the Government to assist in the development of the gas turbine engine, under the guidance of Frank Whittle.  It was initially intended that Rover should be primarily concerned with preparation for the manufacture of the new engine, but the company’s engineers also helped to develop and improve some of the initial designs. 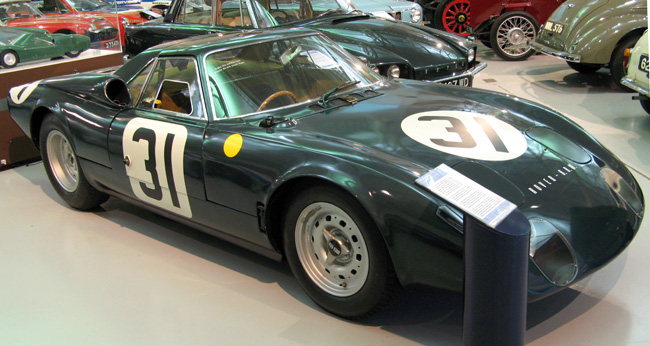 Although responsibility for jet engine production ultimately passed to Rolls-Royce, the experience that Rover had gained on this top-secret project led Maurice Wilks to believe that the gas-turbine also had a role as a power unit for wheeled vehicles.  Rover’s first turbine car, JET 1, was shown to the press in 1950, and subsequent developments continued until 1965.  These included the gas-turbine Rover-BRM, which ran in 24-hour races at Le Mans in 1963 and 1965, where it finished nominally eighth and tenth respectively .  (In 1963, the Rover-BRM, driven by Graham Hill and Richie Ginther, was entered as an experimental car in a class of its own, and given the number 00.  In the 1965 race it competed directly with petrol-driven cars in the 2-litre class.)

Maurice Wilks also played a leading role in the establishment of the Motor Industries Research Establishment, today known as MIRA.  However, probably his greatest legacy is the development of the original Land Rover, which became Rover’s best-selling model, ultimately developing into a world-leading brand in its own right. 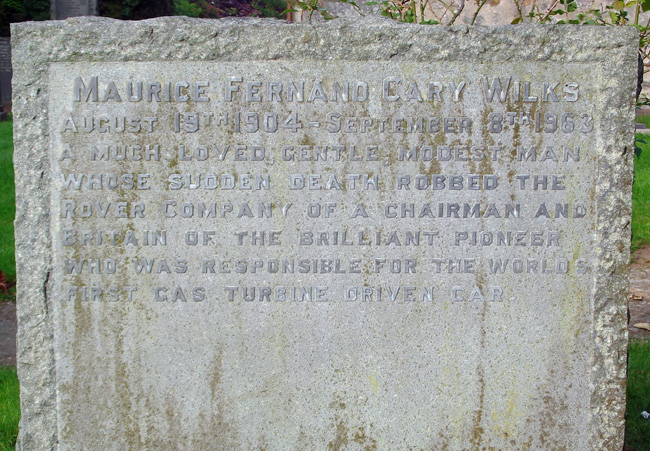 Maurice Wilks died suddenly on 8th September 1963 at his home on Anglesey.  He was remembered in the Times as “a quiet and studious man who shunned publicity and preferred to remain in the background.  He had a brilliant knowledge of engineering detail and was regarded as one of the industry’s outstanding engineers".

Maurice Wilks, responsible for the initial design and development of the Land Rover, is buried in the churchyard.