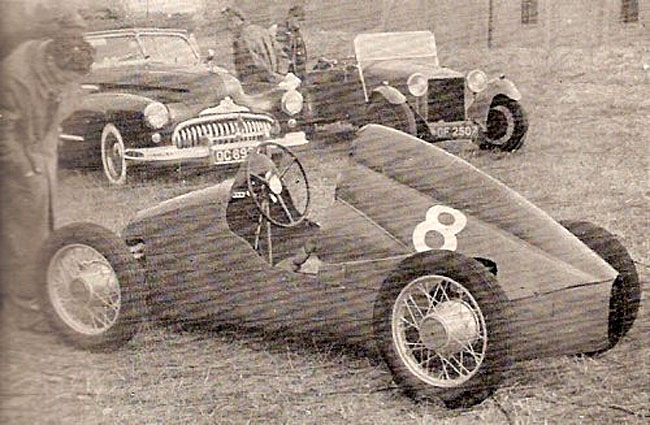 The venue of one of Stirling Moss's earliest victories.

Location
Horncastle Lane, just off the A46, about one mile south west of Dunholme.

Commentary
For just one day, on the 9th October 1948, the 3.7 mile perimeter track of the former RAF base at Dunholme Lodge, provided the setting for a 500cc Formula 3 race over what was probably a distance of eight laps.

The meeting itself was organised by the British Motor-Cycle Racing Club, who allowed the 500 Club to stage their own race as part of the programme.

Twenty two cars were entered for the 500 race, although only twelve took part in Friday afternoon practice. Entrants included Stirling Moss, Lord Strathcarron, George Saunders and Ken Wharton, and scrutineering was undertaken by Ron Godfrey (the ‘G’ of both GN and HRG cars).  The race was won by Stirling Moss, driving a Cooper, at an average speed of 78.56 mph.

The airfield, RAF Dunholme Lodge, had opened in April 1943, and for most of the War was a base for three squadrons of Lancaster bombers.  From 1945 to 1947 it was used as a settlement camp for Polish service men and women who had fought with the Allies during the War, and the later, between 1959 and 1964 as a base for Bloodhound anti-aircraft missiles.

The site now has largely been returned to agriculture.

The venue of one of Stirling Moss's earliest victories.