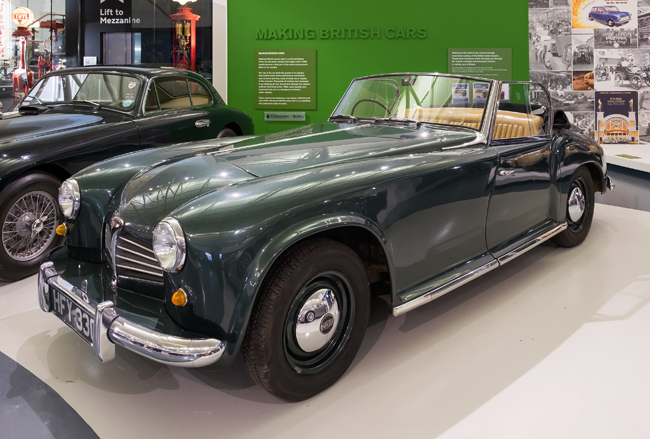 A short-lived sports tourer, largely based on the P4 Rover 75.

Commentary
Announced in August 1950, the Marauder A-Type was a car that immediately betrayed its origins.  At first glance, at least from the rear, it could easily be taken as a convertible version of the recently launched Rover 75; and, in many ways, that is exactly what it was. 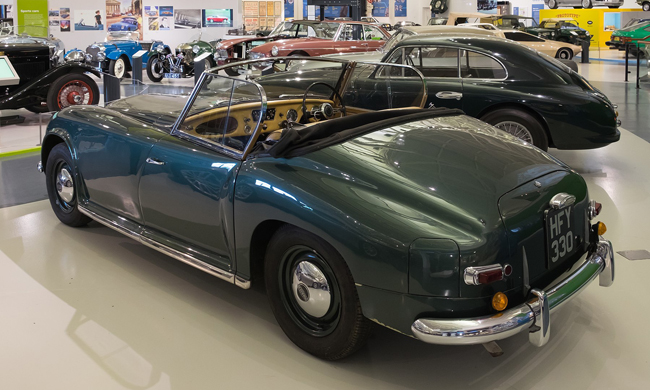 It was the brainchild of George Mackie, Peter Wilks, and Spencer (Spen) King, all of whom were at the time working for Rover.

Four years previously, they had discovered an old Rover 10 in one of the factory stores.  It had been discarded after use as a test-bed for the post-War Rover P3 and P4 Series.  Fearing that it might be sent for scrap, the three young men bought what was left of the car for £20, with the idea of using it to build a ‘special’ in their spare time.

They stored the car in a lock-up behind the Forest Hotel in Dorridge, and went on to build what turned out to be a very successful car.  The Rover ‘Special’ competed, with some success in club and international events, and was still being campaigned 50 years later. 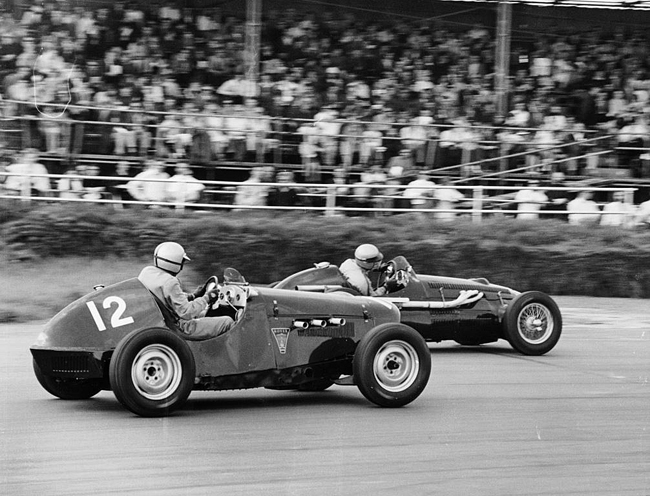 No doubt spurred on by the success of this venture, Peter Wilks turned his attention to trying to persuade Rover to build a sports car based on the forthcoming Rover 75.  Even though two of his uncles, Spencer and Maurice Wilks, were at the time Rover’s Managing and Technical Director, respectively, he made little headway.  “For nearly three years, I tried to persuade the Rover Company to build a sports car”, he said later, “but they rightly claimed that there was not sufficient demand for them to divert their production lines, so I had to form my own business."

With £3,500 capital, Peter Wilks and George Mackie resigned from their posts at Rover to establish Wilks, Mackie & Co. in premises on Poplar Road, which they shared with coachbuilder Richard Mead.

It appears that the new car was developed in just a few months.  The basic shape was largely the work of George Mackie, with Spen King providing further finance and technical support.

Construction involved shortening the Rover 75 chassis by nine inches, moving the engine and gearbox slightly further back in the frame, and cladding the unit in a combination of factory pressings and hand-beaten sections, initially made by Richard Mead. 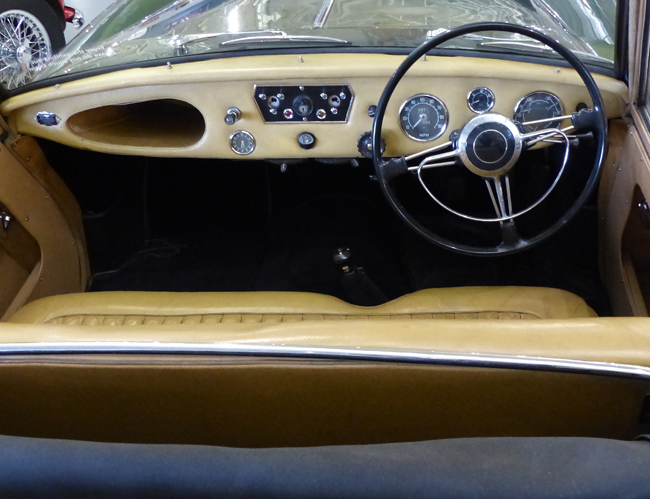 Minor modifications were made to the engine (raising output to 80bhp), front suspension, and the exhaust system.  The clutch and gearbox were standard, although the Marauder did have a floor-mounted gear lever and a specially-made overdrive, operating on all gears, fitted inside the housing normally used for the freewheel.

During July 1950, the car was taken on a 2,000 mile Continental test, prior to its launch the following month. Peter Wilks explained that output for the coming year would be limited to ten cars, all of which would be sold on the home market, adding with commendable frankness, “so that we can keeps our eyes on them, and iron out any little snags”. 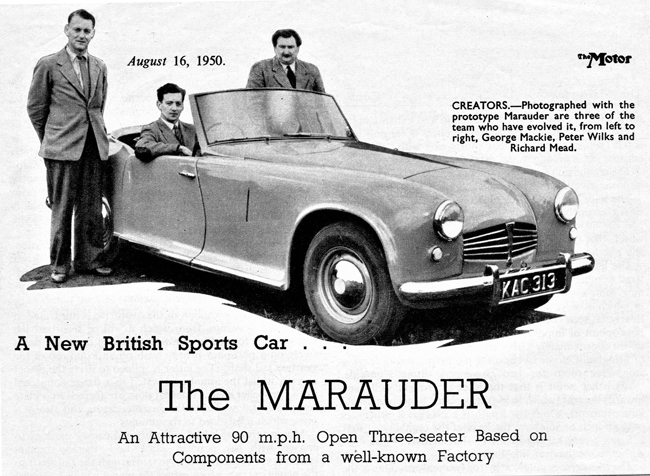 Press reviews were generally positive, praising the performance and roadholding of the car, together with the space and quality of the interior.  The adjustable steering column, and the headlamp switch by the steering wheel were felt to be useful innovations.

It turned out that just seven cars were built during the first year, five with a bodyshell produced by Richard Mead, and the remainder with panel work by the Abbey Panel & Sheet Metal Co., of Old Church Road, Littleheath, Coventry.

In August 1951, it was announced that the company would be leaving Dorridge for new premises on Common Lane in nearby Kenilworth.  The move also coincided with a further engine upgrade and a change of company name to the Marauder Car Co. Ltd.  The revised model was known as the Marauder 100. 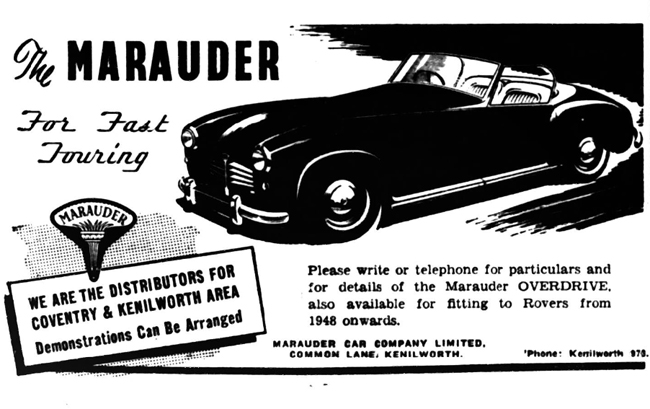 However, one consequence of producing a well-appointed car in small numbers was an inevitably high asking price.  At its launch, the Marauder went on sale at £1,333, about sixty pounds more than the Mk VII Jaguar introduced during the same year.  In April 1951, Hugh Gaitskell, the Chancellor of the Exchequer, announced a shock increase in purchase tax on cars and other ‘luxury’ goods from 33⅓ to 66⅔ per cent, causing problems for almost all motor manufacturers.  The Marauder Car Co. were hit particularly hard by this measure; by 1952, the asking price of their car had risen to more than £2,000, making the project unviable.

The factory closed in the same year, with just 15 cars having been produced, twelve of which are believed to have survived today.

Peter Wilks and George Mackie returned to Rover, and all three men continued to make their mark in the motor industry. George Mackie went on to run Land Rover’s Special Projects Department, and after a short spell at a Rover dealership, Peter Wilks eventually became Rover’s technical director. 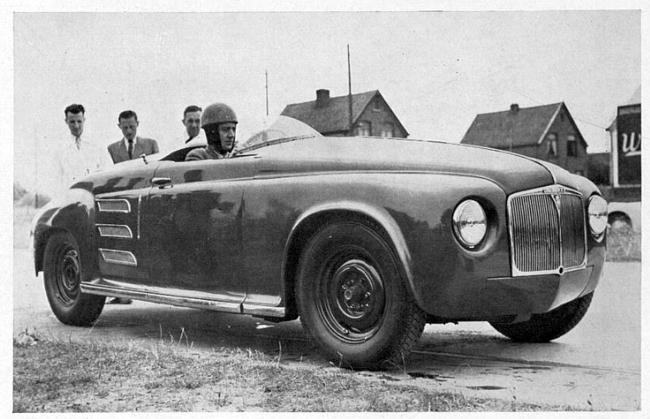 Both Peter Wilks and Spen King were closely associated with Rover’s Gas Turbine programme and the development of the P6 Series, with Spen King becoming head of Rover’s new vehicle development; although perhaps his greatest legacy was the creation of the Range Rover, in partnership with Gordon Bashford and David Bache.

The workshops on Poplar Road from which Richard Mead and Wilks & Mackie operated are no longer in existence. In their place stands a set of modern apartments known as Claremont House.

A short-lived sports tourer, largely based on the P4 Rover 75.