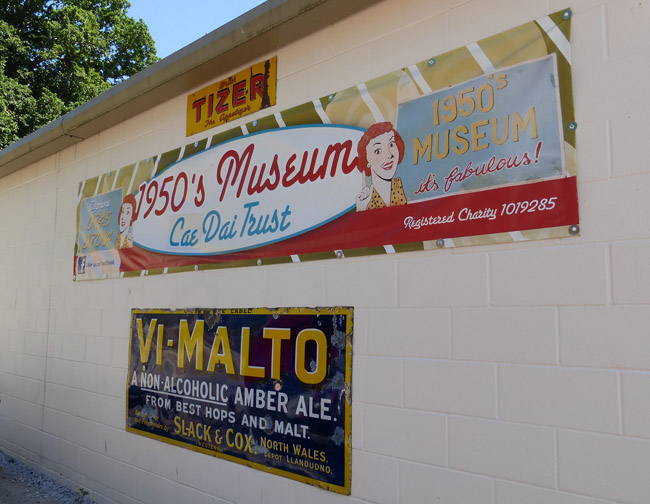 A museum of the 1950s, with a small number of cars and other vehicles on display.

Commentary
Despite losing virtually all the collection in a fire in 2009, the Cae Dai Museum has been rebuilt to give the visitor a real flavour of life in England and Wales during the 1950s and 60s.

The cars in the collection include a Beardmore Taxi, a Ford Anglia, an Austin A30, and a Morris Cowley.  The Museum also has the Austin Loadstar lorry used in the Great Train Robbery to carry the £2.6m haul from the train. 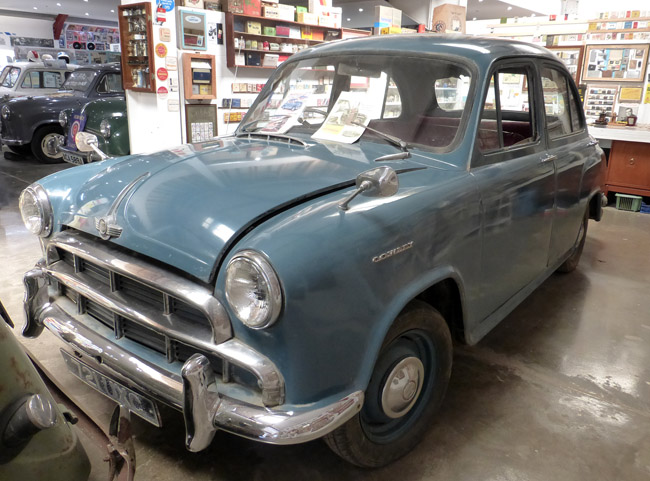 The Museum was founded by Sparrow Harrison MBE – boxer, jazz musician, and co-founder of the British Stammering Association.  It is part of the Cai Dai Trust, a small charity giving support to adults from the local community who have difficulties stemming from drugs, alcohol, and mental illness.

A museum of the 1950s with a small number of cars and other vehicles on display.