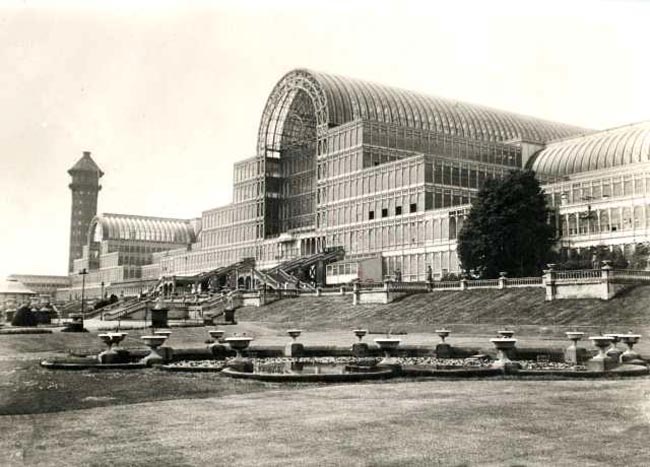 For a number of years, early motor car exhibitions and shows were held at the Crystal Palace amid the courts and permanent attractions.

Commentary
The first motor exhibition at the Crystal Palace was opened on May 2nd 1896 by the Lord Mayor of London.

Under the title of "The International Horse and Horseless Carriage and Roads Locomotion Exhibition”, it promised to cover all matters relating to travel by road.
Many of the organisers were also almost certainly hoping that the event would help foster further interest in “self-propelled conveyances”.  Sir David Salomons, an early motoring pioneer, was chairman of the Exhibition’s honorary council.

Despite not charging exhibitors of “horseless carriages”, there seem to have been very few motor cars in the exhibition, and the only English-made car on show was made by John Henry Knight from Farnham in Surrey.  (Perhaps this low number was no surprise as, only a year previously, there were no more than a few dozen petrol driven cars on British roads.)

It was another six years before the next motor exhibition was held at the Crystal Palace.

In 1902, a show was held in partnership with the Motor Traders' Co-operative and, once again, there appear to have been more motor-cycles on show than cars.  However, in its report of the event, The Engineer magazine noted an improvement in the reliability and power of motor cars, although added, with some regret, that the lighting on many cars remained sub-standard, with manufacturers failing to utilise “the cheaper and safer lamp oils of commerce which can be acquired in any village”. 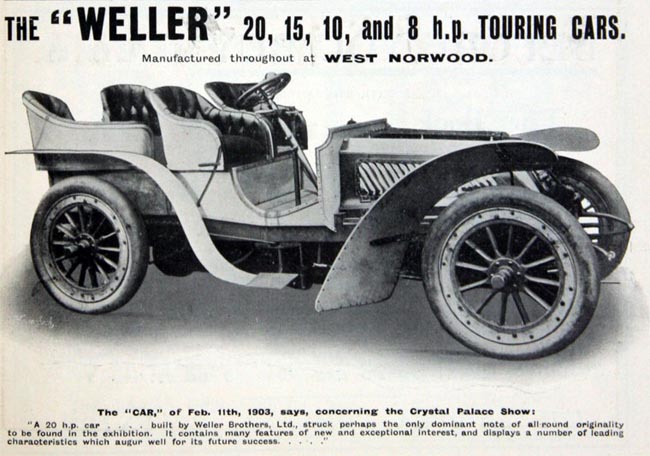 The 1903 Crystal Palace Motor Show was the first held under the aegis of the newly-formed Society of Motor Manufacturers and Traders (SMMT), the organisation that still represents the interests of the motor industry in Britain.

The exhibition as a whole seems to have been a great success, with a significantly greater number of cars than in previous years (more than 530).  Petrol, electric and steam-powered vehicles were all on show.

Crystal Palace’s link with the SMMT continued with the 1904 show, with a further slight increase in the number of exhibitors.

However, both the 1905 and 1906 Crystal Palace Motor Shows appear to have been less successful, probably because, by this stage, the SMMT had decided to move its annual show to the more central location of Olympia, in Kensington; and it appears that, from this time onwards, most – if not all - London Motor Shows were held either in Olympia or Earls Court.  (However, a Sydenham Hill local history site does show an image of a small motor show at Crystal Palace in 1922.)

As a postscript to this article, it appears that the Crystal Palace grounds were also used for motor rides and competitions. 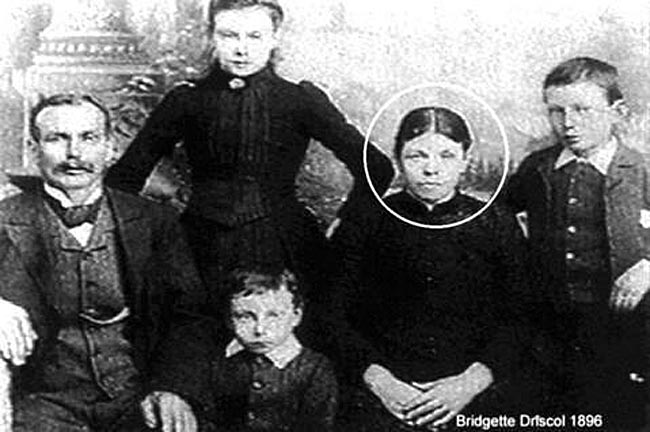 In fact, the UK’s first fatal car accident is believed to have taken place at Crystal Palace on the 17th August 1896 when Bridget Driscoll, from Old Town, Croydon, was accidentally killed by a German-manufactured and French-assembled Roger-Benz, that was being driven in a demonstration-run along the Palace Dolphin Terrace in a circuit of the gardens.

It is difficult to form an accurate of picture of exactly what occurred; Bridget Driscoll’s 16-year-old daughter claimed that the driver of the car did not appear to know what he was doing; the driver himself said that he had rung his bell and shouted, but that Mrs Driscoll seemed bewildered and moved towards the car.  An inquest recorded a verdict of accidental death.

On a slightly more cheery note, the Crystal Palace was also the venue, in June 1897, for a competition to develop a road vehicle.  It was organised by The Engineer magazine, with prizes to the value of 1,100 guineas. However, despite there being 71 entries, only six vehicles were presented at the Crystal Palace for judging.  The cars were run along a couple of miles of roadway in the Palace grounds and put through tests of stopping, starting and turning.  But their performance appears to have disappointing to the extent that the judges decided not to award any prizes at all – no doubt a great disappointment to those entrants who actually made it to the starting line.

he location of many early motor exhibitions.