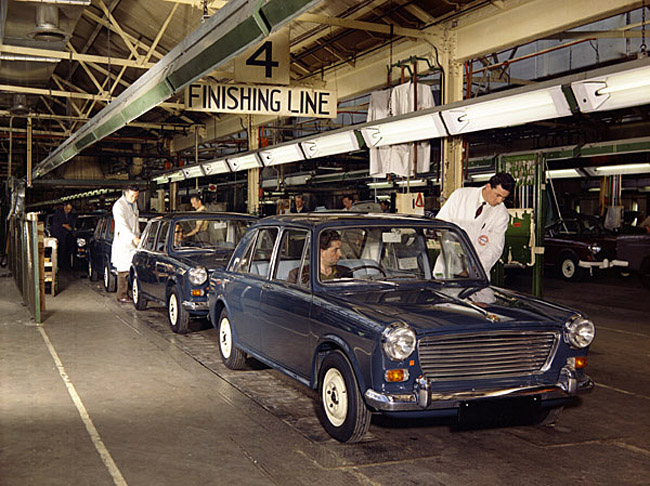 The main Morris factory for the greater part of the 20th century.

These were situated on the west side of the Eastern By-Pass Road, the A4142, and separated by Garsington Road, the B480.

Commentary
In the years immediately following the First World War, many British car makers faced declining orders and bankruptcy.  Through astute business management William Morris managed to buck this trend.  For Morris Motors, the 1920s were characterised by strong growth and development.  Between 1921 and 1924, car production rose from 6,000 to 18,000 vehicles. 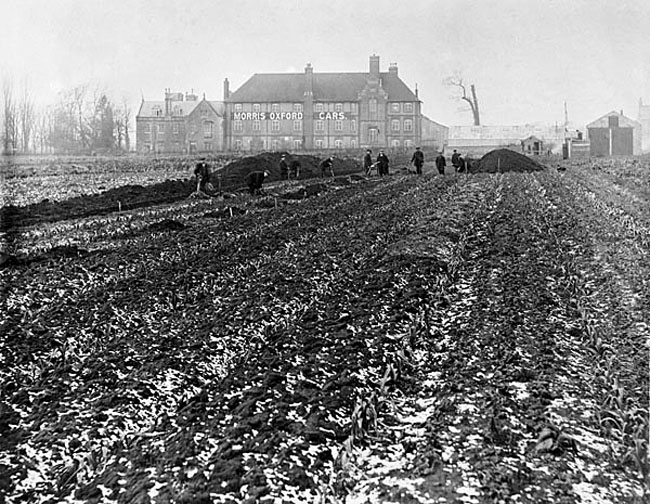 In order to meet rising demand for the company’s cars, new facilities were erected on the former allotments opposite the old Military College.  Known as the North Works, construction began in 1921, and by 1926, the new works covered more than 40 acres.

The new building enabled William Morris to introduce a much more modern system of flow production, with the sub-assembly of axles, chassis, and bodies etc coming together in a final main assembly line.

Construction of the South Works on the other side of Garsington Road began in 1937 as Morris Motors, like other companies, began to gear up to the possibility of war.  Paul Collins and Michael Stratton explain that the two buildings that were initially erected were taller than their predecessors; both were built with sufficient headroom for the production of aircraft, with the area behind laid out as an airfield, with runways and a control tower.

During the War, production at the plant was largely turned over to military production, including aircraft construction, munitions and aeroplane repairs.  The same area also housed the Civilian Repair Unit (the headquarters were in the Military College) where damaged planes were stored, stripped or repaired (sometimes on a ‘while you wait’ basis). 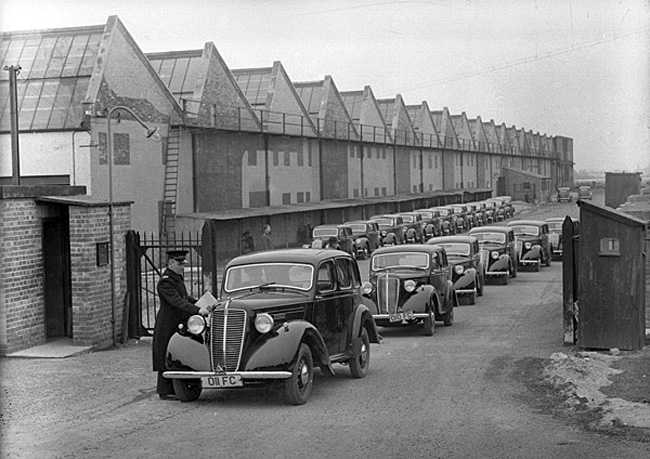 Car production resumed in earnest after the War, and ultimately three further blocks were added to the South Works.  However, the next 20 years were characterised by huge organisational changes.

In 1952 the Nuffield Organisation, which by this stage included Morris, Wolseley and Riley merged with the Austin Motor Company to create the British Motor Corporation.  In 1966, BMC joined Jaguar and Pressed Steel to create British Motor Holdings, and two years later BMH merged with the Leyland Motor Corporation to form the British Leyland Motor Corporation.  In 1974, the British Government took part ownership of the company, which became known as British Leyland (or BL) Ltd.  In 1986 BL was re-named the Rover Group and in 1988 sold to British Aerospace, and back into private ownership. 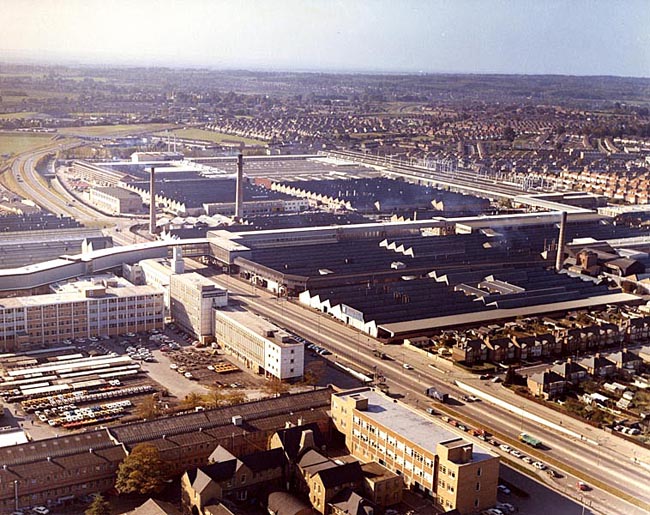 In the intervening years, the Morris marque quietly disappeared.  The 1970s had been a difficult period for Morris cars, with problems of industrial unrest and a failure to invest in and develop its model range.  In 1982, production of the Morris Ital was moved from Cowley to Longbridge, and two years later, the model was discontinued, and with it, the Morris name.  Well almost; it was retained on the Morris 410 Metro van for just one more year, until 1985,

In 1993, both the North and South works were demolished.  (They were, according to Gillian Bardsley and Stephen Laing, becoming difficult to upgrade.) In their place today stands the Oxford Business Park, where organisations and business such as Oxfam, Royal Mail and Harley-Davison have their offices.

However, there remain on the site a couple of nods to the past in the form of Alex Issigonis Way and the Nuffield Needle standing at the entrance to the Park, on Garsington Road.

On the west side of the Eastern By-Pass Road, and separated by Garsington Road.

The main Morris factory for the greater part of the 20th century.