A large city, once a centre of the English cloth trade.  In the late 19th century, Coventry became the birthplace of the British bicycle industry and later the heart of the nation's car production, until the start of its decline in the 1970s and 80s.

The city was badly bombed during the Second World War, and most of its oldest buildings were destroyed.  Today Coventry is often associated with its Cathedral, built in the late 1950s and 60s as a symbol of the City’s rebirth, and with Lady Godiva, who reputedly road naked on horseback through the City to force her husband, Earl Leofric, to help the poor. 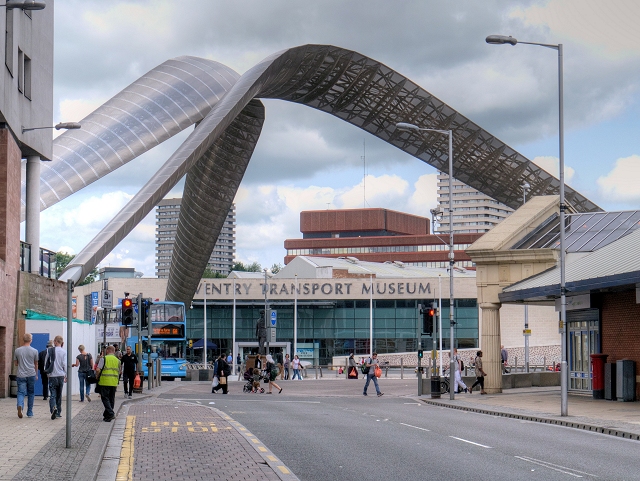 The home of one of the largest transport collections in the world.

The family home of William Lyons, during the late 20s and for much of the 1930s, following the transfer of Swallow Sidecars from Blackpool to Coventry.