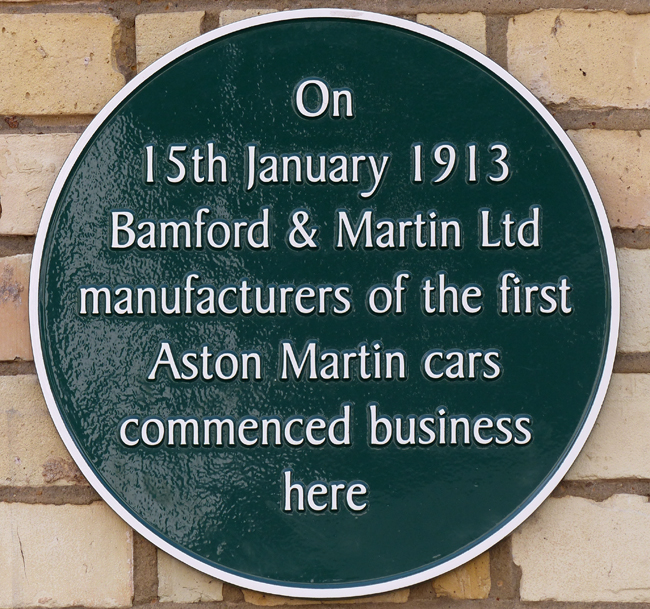 Aston Martin's first premises, from which the historic marque developed.

Commentary
The history of Aston Martin begins in 1913 with a garage business in Chelsea, jointly owned by cycling friends Robert Bamford and Lionel Martin.

From the premises in Callow Street, Bamford and Martin ran a dealership for a number of makes, including Singer, whose cars they also modified and raced competitively in hillclimbs.  It was their success in a Singer at the Aston Clinton hillclimb from which the company’s name is derived.

Towards the end of 1913, Bamford and Martin moved the business around the corner to Henniker Mews, and work began on their first car.  Known as the Coal Scuttle, it had a Coventry Simplex engine and was registered for the road in 1915.  Further progress, however, was put on hold when the two men entered war service and the premises were taken over by Sopwith Aviation.

Business was resumed in 1920, and the company moved to new premises in Kensington.  It was around this time that Robert Bamford sold his interest in the business, with his place being taken by Kate, Lionel Martin’s second wife.

Aston Martin's first premises, from which the marque developed.