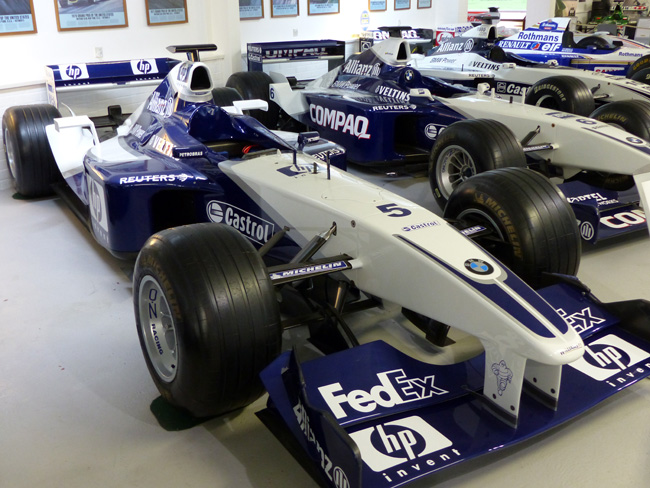 At one time, the largest display of grand prix racing cars in the world.

Commentary
The Collection was started in 1964 by local businessman and owner of Donington Park Race Circuit, Tom Wheatcroft.  At its peak, more than 130 cars were on show, including major displays of BRMs, McLarens, Vanwalls and Williams.  Other exhibits included motorcycles and vehicles from World War Two.

In 2018, MotorSport Vision took over the operational lease of Donington Park and agreed to keep the Museum open for one further season.  However in October of the same year, it was announced that the Museum would close.  Some of the exhibits, on loan to the Museum, have been returned to their owners, and most of the remainder placed in storage while Tom Wheatcroft's family decides how to proceed.

Now closed, but at one time, the largest display of grand prix racing cars in the world.