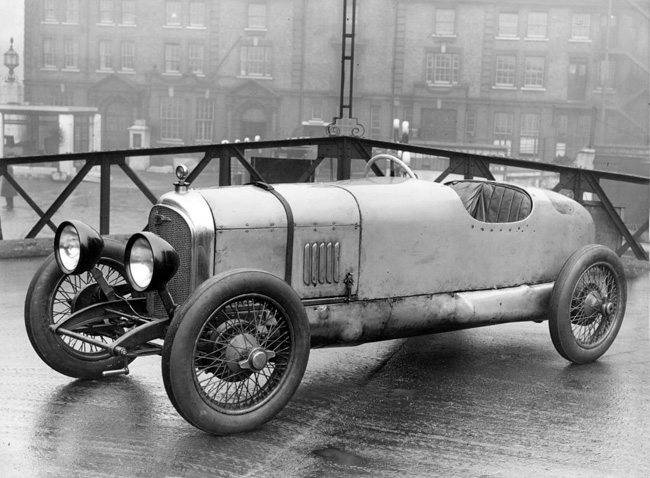 Commentary
After the closure of Marseal in 1925, Donald Marendaz established a new business at premises in London, which he shared with the London General Cab Co. and agents for Bugatti and Graham-Paige.  The new Marendaz came with either a four-cylinder 1,496cc Anzani engine or, later, an 1870/1986cc six-cylinder Erskine-Studebaker engine.  It is thought that an eight-cylinder 1,495cc engine was also developed.

The body of the Marendaz was largely designed by the magazine, Autocar, artist Max Millar.  He produced a car which, at first glance, was scaled-down replica of a 3-litre Bentley.  By all accounts, the car was full of modern technical features, and with a top speed in the region of 80 mph was very competitive for its day.  In 1928, a Marendaz Special, co-driven by Capt DMK Marendaz, established a new 1.5-litre 24-hour record at Brooklands, averaging 73 mph.

Relatively few cars were made during this period (estimates range between 20 and 50), but the company also offered a racing, tuning and servicing programme for both its own and other sports cars.

A shortage of space at Brixton Road prompted a moved in 1932 to new premises in Maidenhead, Berkshire.