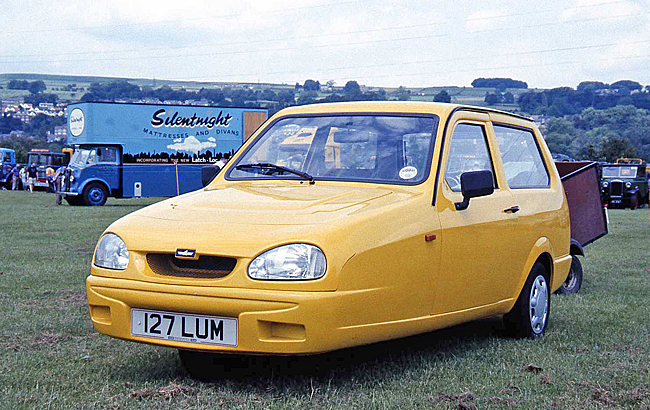 Commentary
Just over a year after being taken over by the Avonex Group, Reliant were once again in financial difficulties; and in December 1995 called in the receivers.  The complex negotiations that followed resulted in a three-way takeover of the company, together with the purchase of Fletcher Boats, a long-established speedboat constructor, based in Burntwood.

Car production resumed at Reliant Cars Ltd., as it was now known, and the size of the workforce gradually increased. Reliant also introduced a number of improvements to the Robin.

About a year after the takeover, one of the three investors suggested that Reliant should leave Tamworth and move to the Fletcher Boats site at Burntwood.  This does not appear to have been supported by other members of the consortium, but the move nevertheless went ahead, and Reliant’s operation moved twelve miles from Tamworth to Burntwood. 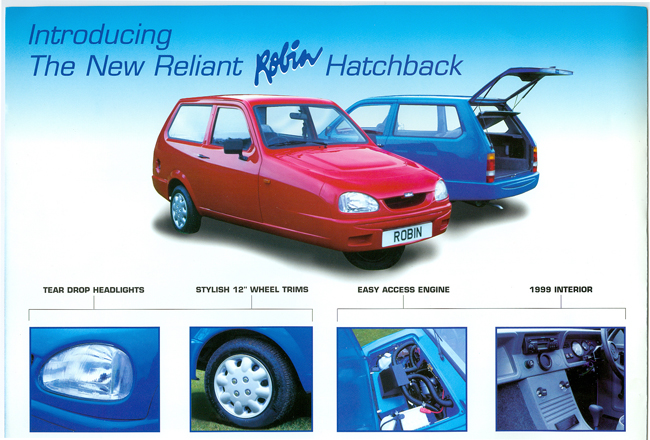 However, in truth, Reliant’s market, particularly in the north, amongst former mining communities and those had not obtained a full driving licence, had shrunk to almost nothing. To compound the problem the new Robin, which now sold for around £10,000, cost £2-3,000 more than most small mainstream hatchbacks.

In September 2000, Reliant announced that production would cease at the end of the year.  In fact it was February 2001 when the last Reliant Robin left the factory.

As a postscript, it was announced in March 2001 that B&N Plastics Ltd. Of Acton, near Sudbury in Suffolk had bought the production rights to the new Robin.  Elvis Payne indicates, however, that only 18 vehicles were manufactured.

Again, in preparating this article, I am very grateful for the information in Elvis Payne’s book, The Reliant Motor Company.