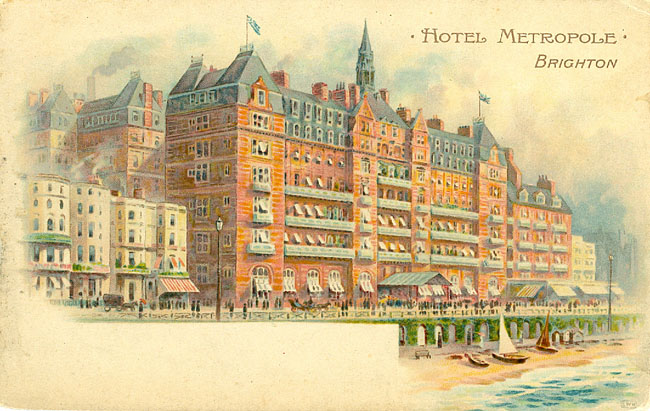 The official finishing point of the 1896 London to Brighton Emancipation Run.

Commentary
The Emancipation Run was organised in celebration of the passing of the Locomotives on Highways Act 1896, which removed the requirement for vehicles on the road to be attended by three people, and raised the speed limit from four to 12 mph.

Thirty three vehicles set off from the Metropole Hotel in London, bound for Brighton, on the morning of the Saturday 14th November 1896, the day that the new law came into force. 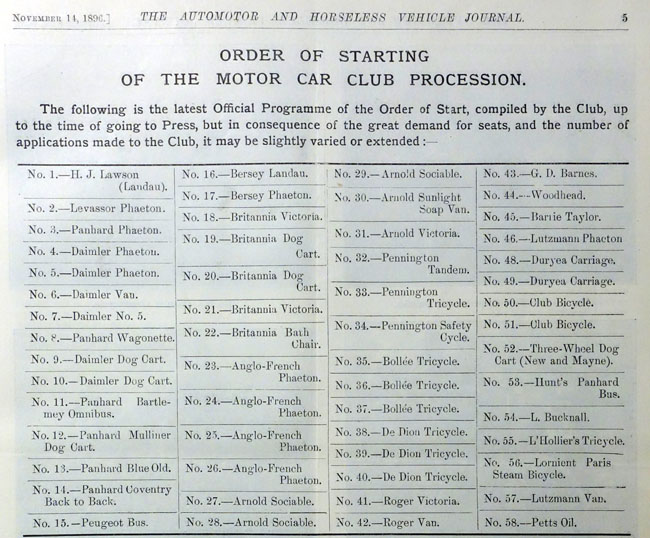 The event was organised by the Motor-Car Club, under the stewardship of the businessman Harry J Lawson - a key, but controversial, figure in the early promotion of the motor car.  (In 1895, Lawson had established the short-lived British Motor Syndicate, intending to buy the patent rights of as many motoring inventions as possible, hoping that the sale of the manufacturing rights would provide him and his shareholders with a substantial income.)

Despite bad weather, large crowds turned out along almost the entire route to Brighton.  The original plan was for the first cars to wait at the Plough Inn in Pyecombe, a village about seven miles to the north of Brighton, and then to process together into town, escorted by the Mayor.

However, such was the rain and condition of the roads that the motorists ignored the stop, and made their way straight to Brighton. At the town’s Preston Park, Harry Lawson was met by the Mayor, and together they made their way towards the Metropole, watched – as in London – by a large crowd, densely packed on either side of the street.

Although only 13 vehicles are generally recorded as finishing, 22 drivers eventually reached Brighton, some not until late in the evening.  Unfortunately, the latecomers could not be amongst the 225 guests who attended a celebratory reception in the Metropole’s Clarence Suite. 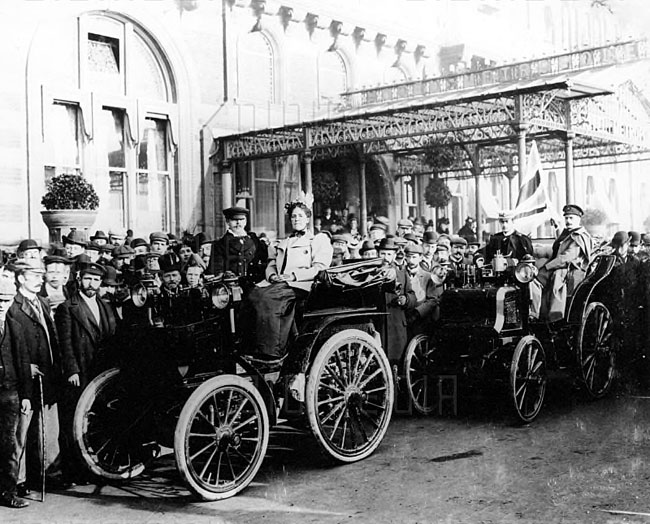 The president’s speech was given by Harry Lawson who, probably like most of his audience, saw the Run as a signal of change.  Prophetically, he said that the events of the day showed how it was now possible for traders in London to deliver goods to Brighton, return home, and then make a second journey to the coast, and back again, all in the same day.

Opened in July 1890, the Brighton Metropole was designed by Sir Alfred Waterhouse, whose other commissions included University College London, and the Natural History Museum.  It provided guests with lavish accommodation and hospitality, just like its London counterpart. Part of the décor followed an Arabian theme, and in the guest bedrooms a choice of hot, cold and seawater was available.

The Metropole continued to function as a hotel during the First World War, but during the Second World War, it was cleared to provide accommodation for RAF aircrew.  In May 1943, the hotel was taken over by the Royal Australian Air Force, and at the end of the War served as a base for newly-released Australian prisoners of war. 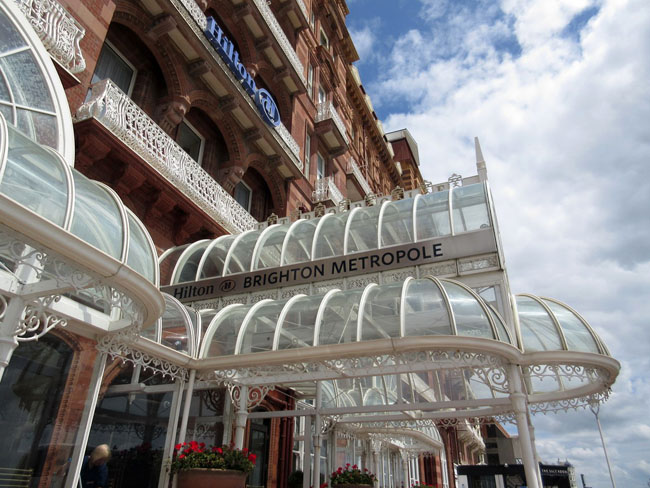 During the 1950s, the hotel re-furbished, and since then, has gone through a number of further changes and upgrades.  The Clarence Suite, where the Motor-Club’s reception was held, is still in use today.

Further details
• A detailed history of the Hotel Metropole is available from the local history website, Hove in the Past: hovehistory.blogspot.com.

The official finishing point of the 1896 London to Brighton Emancipation Run.