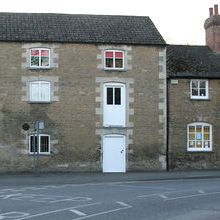 An exhibition centre and memorial dedicated to the career of racing driver and entrepreneur, Raymond Mays.

Commentary
The Heritage Centre is located in Baldock’s Mill - a Grade 2 listed building and over 200 years old.  The Centre is managed by the Bourne Civic Society and has three major displays: a gallery of Bourne’s history; the Charles Worth Gallery, commemorating the 19th century fashion designer who was born in Bourne; and the Raymond May’s exhibition, dedicated to racing driver Raymond Mays, who was born and lived in Bourne and whose guidance and endeavours led to the establishment of the ERA and BRM racing teams. 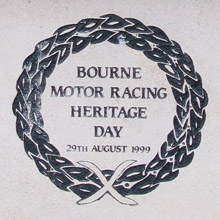 Displays include a photographic exhibition of Raymond Mays sporting life from the Hillman that he raced in 1920 to the 1934 prototype ERA and the V16 BRM shown under test in 1949. at the former RAF base at Folkingham.

Artefacts and trophies won by BRM are also on display at the Centre, along with photographs and a catalogue illustrating the Raymond Mays – Raymond Mays’ own car, produced between 1938 and 1939.

Close by Baldock’s Mill stands the Bourne motor racing memorial, erected in 1999 to commemorate Bourne’s links to motor sport and the contribution made, in particular, by Raymond Mays.

Further details
• The website of the Bourne Civic Society: www.bournecivicsociety.org.uk

An exhibition centre and memorial dedicated to the career of racing driver and entrepreneur, Raymond Mays.