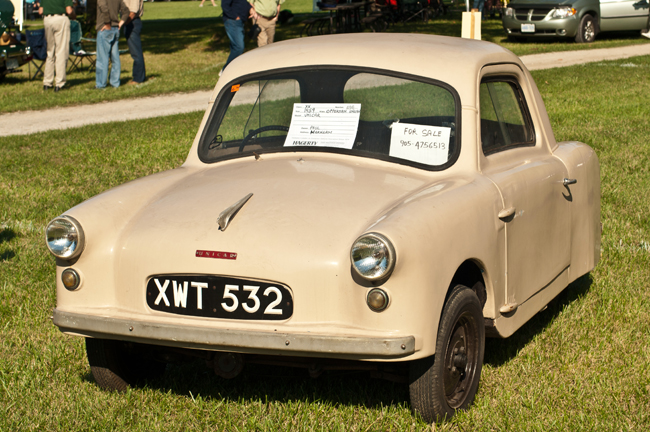 A microcar built by a tractor manufacturer.

Commentary
The roots of company go back to 1862, with the founding of a watch making and engineering business in Clerkenwell, London, by Carl Oppermann, a native of Hamburg.  Between 1898 and 1907, the firm appears to have produced and sold electric cars, and then reverted to more general engineering, focussing, in particular, on weapons and aeroplane components during the Second World War.

The company later went on to manufacture small tractors and agricultural carts, and it was during this period that Lawrie Bond was commissioned to design a four-wheel minicar.

The Opperman Unicar, with its 328cc engine, was designed to offer the public a route to low-cost motoring.  In reality, although one of the cheapest cars on the market, it failed to offer the power, style and comfort of its competitors.  Only about 200 Unicars were made and sold. 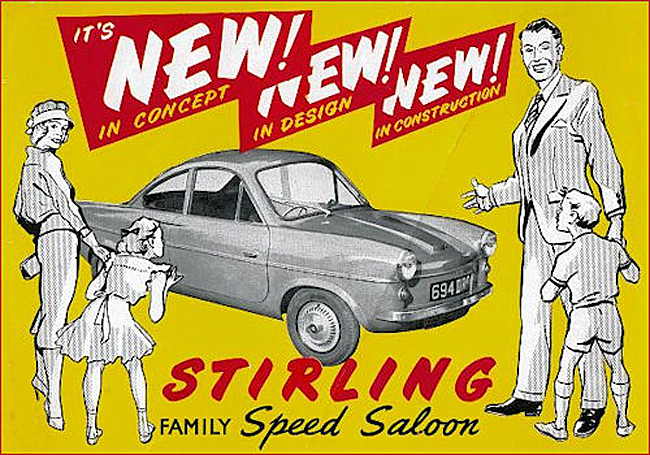 The Unicar was followed by the Stirling – a much more car-like and sophisticated design, with a larger 500cc engine, but production was limited to two cars.  Opperman ended motor manufacturing ended in 1959.

A microcar built by a tractor manufacturer.