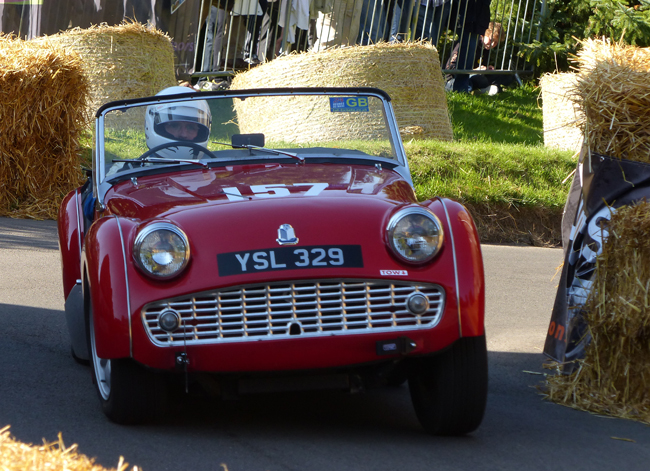 Commentary
Both before, and immediately after the First World War, hill climbs were a popular form of motor sport in Britain, partly due to the virtual absence of purpose-built circuits, with Brooklands a notable exception.

However, by the early 1920s, crowd control at such events had become a major problem; and when a spectator was injured at a hill climb event at Kop Hill in Buckinghamshire in March 1925, the Royal Automobile Club, who controlled all motor sport in Britain, refused to issue any further permits for speed events on a public highway.

One result of this move was that Scotland was left without a racing circuit or hill climb venue – until, that is, a proposal was made to build a hill climb track in the grounds of the Kinneil Estate.  Once considered for demolition, the house, parts of which are over 400 years old, is now considered to be of national importance; owned by the local council, and under the care of Historic Scotland.

The first hill climb at Kinneil - a straight half-mile run - took place in 1934.  In 1936, the track was lengthened, with the start moved down the hill, now including three corners, as the cars passed through the Courtyard.  The track was once again lengthen and re-surfaced in 1947, and thereafter largely remained unaltered. 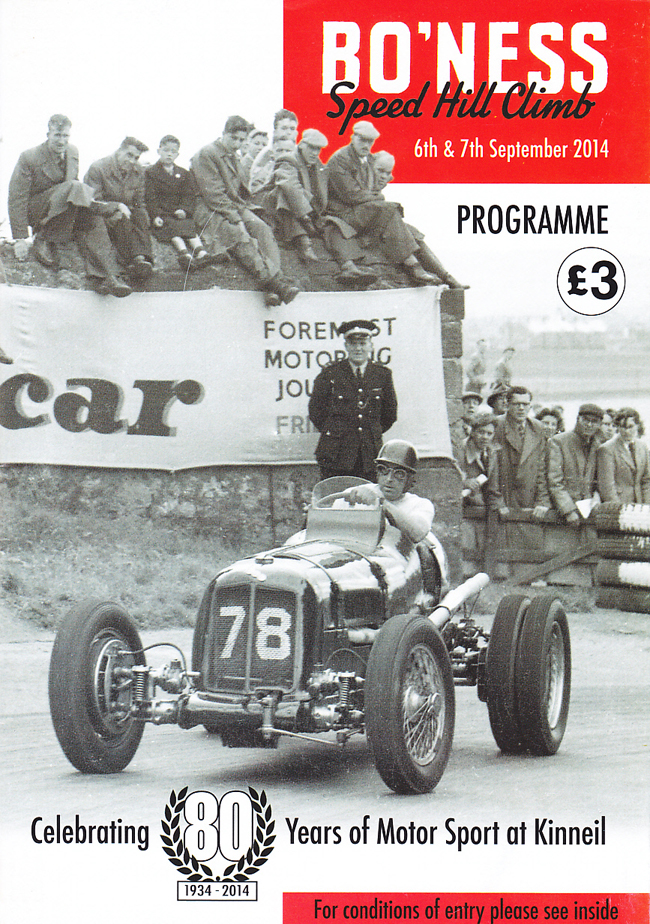 The last hill climb meeting at Bo’ness on the traditional course was held in June 1966 due, it appears to a decision to sell part of the land on which the course was run for housing, along with the RAC's removal of Bo’ness from the British Hill Climb Championship.

However, in 2008 the Hill Climb was revived, and has been run every year since then, normally at the beginning of September.