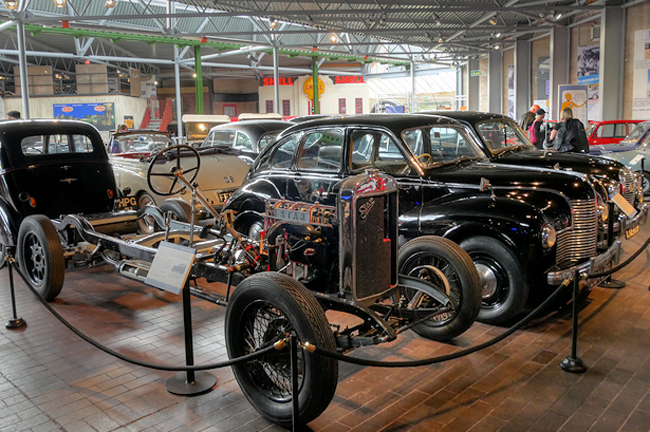 An award-winning museum, housing one of the world’s most outstanding collections of motor cars, motor cycles and motoring memorabilia.

Commentary
The origins of the Museum go back to 1952, when Edward, the third Baron Montagu of Beaulieu, created a display of cars inside Palace House, as a tribute to his father, John, the second Baron Montagu, one of Britain’s early motoring pioneers.

By 1956, the collection had grown so much that it was moved into two large sheds in the garden of the estate.  In July 1972, a pupose-built new building was opened to house and display the collection.  In 1988, further expansion took place, with the construction of the Trust Centre, housing education facilities, the reserve collections, and a library.

The Museum is open every day of the year, except Christmas Day.

With thanks to David Dixon for the image of the museum.