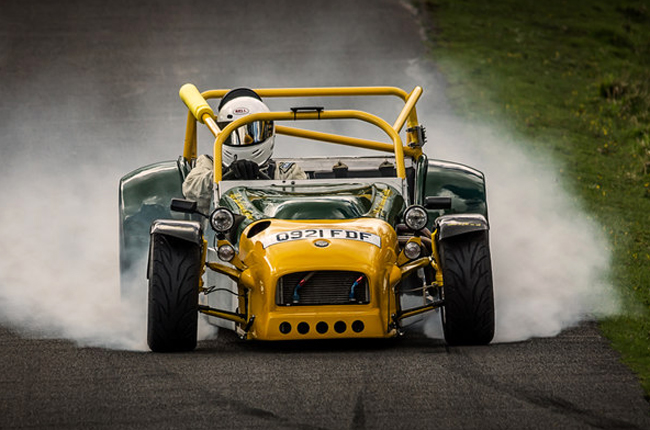 Commentary
Loton Park is a 400-acre estate, with a large deer park, situated close to the border between England and Wales, nine miles west of Shrewsbury on the B4393.. The main house was built around 1630 and then substantially extended over the next 200 years.

The current owner Sir Michael Leighton, a lifelong motoring enthusiast, has allowed the park to be used for hill climbs since 1960, using roads originally laid down by the War Department when the grounds were occupied by the Army as an ammunition depot during the Second World War. Since 1970, hill climb events at Loton have been organised by the Hagley & District light Car Club, and today include the MSA British and Midland Hill Climb Championships.