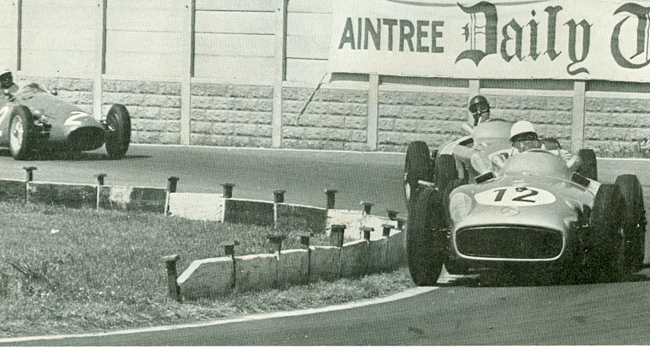 At the time of its construction, the longest motor racing circuit in the country.

Commentary
In 1949, the Topham family bought the long-established Aintree racecourse from local landowner, Lord Sefton, and Mirabel Topham was appointed manager.  It  was not long after this, hoping to increase the viability of the racecourse, that Mrs Topham took the decision to build a three-mile motor racing circuit within the racecourse, using spectator facilities already in place. 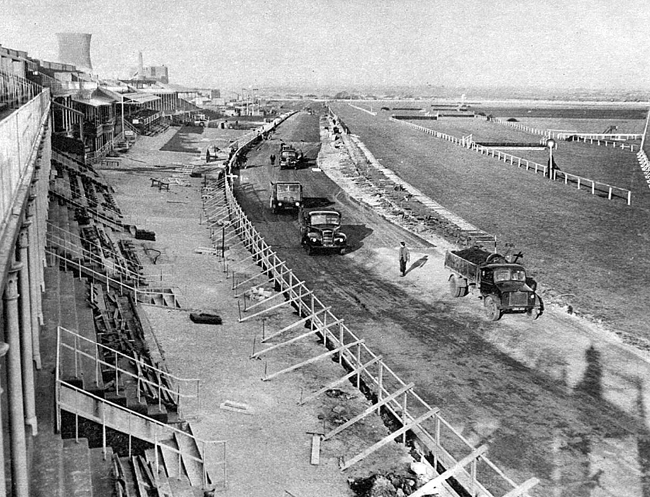 The track was constructed during the winter of 1953-54, at a cost of £100,000.  Developed to be able to hold international events from the outset, the first meeting was held on a very wet 29th May 1954.  The official opening took place in front of a crowd of 25,000, with Earl Howe breaking the tape in his Aston Martin DB2.  All the main honours went to Stirling Moss who won both the 10-mile 500cc scratch race, driving a Cooper, and the longer Formula Libre race in his Maserati 250F. 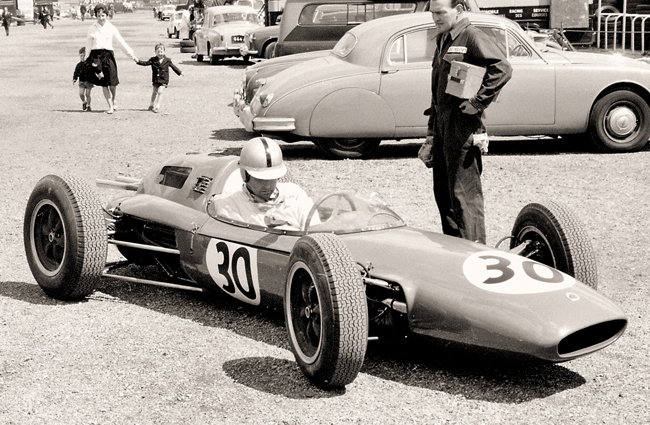 A year later, Aintree staged the British Grand Prix, a race which it hosted alternatively with Silverstone in 1955, 1957, 1958 and 1961.  The 1962 British Grand Prix was also held at Aintree, but motor racing largely ended there in 1966 with Mrs Topham’s decision to put the racecourse up for sale; although it was not finally bought until 1973.
A shorter Club Circuit was created in 1955, and this continued in use until 1982.

Today the Club Circuit is largely limited to motor cycle racing, although it is still used by the Liverpool Motor Club for car sprints and track days.

At the time of its construction, the longest motor racing circuit in the country.